In the days before programmable coffee makers….

In the days before the Keurig….

Before a Starbucks lived on every corner…

Colorado. The round up, “grub pile”. Photochrom by Detroit Publishing Company, between 1898 and 1905.//hdl.loc.gov/loc.pnp/ppmsca.17869  Courtesy of Library of Congress.

Nineteenth century cowboys made coffee in an enamel pot over the open fire. Victorian Homemakers kept the coffee pot going from the moment she awoke until her man’s last chore was done. Particularly in the winter.

“The Culture of Coffee in California is fast becoming profitable.” Published in Green Bay Advocate of Green Bay, Wisconsin on December 20, 1877.

Coffee–with a flannel bag! And no egg shells or cold water to settle the grounds. Because “coffee that needs settling is not properly made!” The Homemade Cook Book, 1885.

“To Make Coffee”– Method published in The Everyday Cook Book and Encyclopedia of Practical Recipes, 1889.

Making Good Coffee. From Alabama Beacon of Greensboro, Alabama. May 27, 1890.

For Five Cups of Coffee. Eggshell and all! Published in the Washington Republican of Washington, Kansas. August 29, 1879.

How much, did you say?

In the Arabic Fashion (bonne bouche!)

Tea and Coffee: New Words About Proper Making. Published in The Times of Philadelphia, Pennsylvania, February 24, 1894.

Interesting “Arabic fashion”, described in this 1894 article. Very different from other American cookbook or newspaper instructions, particularly in the consumption of the grouts. Bonne-bouche, indeed!

Substitutes: for the ill, for going without

“Malt Coffee”, a substitute for Java. Citizens of the capitol drink it! (after all, the nation was at war). Published in Green Mountain Freeman of Montpelier, Vermont. January 19, 1864.

Call it what it is! Yes! Bread Crumb Coffee IS a hollow mockery! This opinion was published as part of remembrances of Confederacy times. From The Intelligencer of Anderson, South Carolina, March 23, 1876.

“Ralston Coffee“– a recipe for a wheat bran substitute: “A warm, healthful beverage for the poor these cold days, and so much cheaper than coffee.” Published in St. Louis Post-Dispatch of St. Louis, Missouri, on February 1, 1897.

“There is a class of people who are injured by the use of coffee.” Drink Grain-O instead! Published in Fayette County Leader of Fayette, Iowa, September 23, 1897.

“Give the children a drink called Grain-O. …”tastes like the finest coffee, free of all injurious properties.” Advertisement published in The Daily Iowa Capitol of Des Moines, Iowa, July 7, 1899.

“Postum Cereal Food Coffee” (as a healthful substitute for coffee!) Part 1. Published in The Topeka State Journal of Topeka, Kansas on November 27, 1901.

Knepp-Malt-Coffee advertisement, 19th Century, tweeted by Convivial Supper. Follow Convivial Supper for ongoing tweets about anything and everything related to mealtimes in the Victorian Era.

Coffee mills were a household staple, something everyone needed “for setting up housekeeping.” This leads me to believe that most coffee beans were sold whole. Individuals ground the beans at home.

Coffee Mills are sold among myriad other housekeeping necessities. Advertised in The Atchison Daily Champion of Atchison, Kansas. May 1, 1879.

Advertised in the 1897 Sears Catalog no. 104, Coffee Mills of various designs.

Tea and Coffee Canisters, advertised in the Montgomery Ward Spring and Summer Catalog no. 57, of 1895.

Purchasing Beans at the Store

Arbuckles Ariosa Coffee advertisement, circa 1880s. “Arbuckles” was a common name substituted for ‘coffee’, the way today’s ‘kleenex’ is a common noun from the national brand.

Three different views of one (early) 19th Century American Coffee Bin. Measures about 15x15x21-inches. Imagine this bin in a mercantile, containing coffee beans. The merchant would open the bin, scoop out the desired weight (probably to be wrapped in paper), and sold. Image: Etsy Shop Red Raven Collectables.

Some shops roasted the beans

Not all beverages were found at the grocery or mercantile. 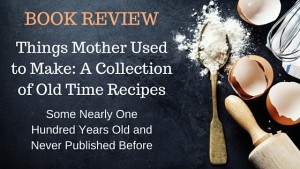