U.S. Marshals: In the Beginning

When did U.S. Marshals begin? What were their responsibilities? Can you believe President George Washington signed the Marshals into law for the purpose of working the National Census? Over time, their job description changed, but they’ve been the one law enforcement position with a time-limit. At the turn of the century, Marshals still didn’t have universal badges. My new release, coming December 20, 2016, is a U.S. Marshal turned small-town Sheriff. He’s learning his problems aren’t smaller or easier. 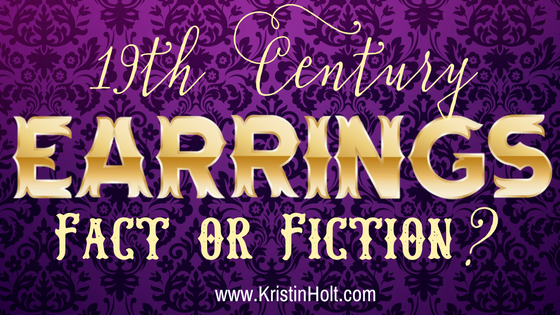 Were earrings popular and common within the nineteenth century? Or did they come into vogue (and acceptance) post 1900?

Yellow roses appear briefly in three scenes within COURTING MISS CARTWRIGHT. Yellow roses, particularly Harison’s Yellow, are found strewn along the Oregon trail, blooming feral alongside abandoned ruins of cabins and clapboard houses in ghost towns, and originated in 1824 New York. This article contains the ‘Cemetery Scene’ where Felicity, new to Mountain Home and seeking answers. visits the cemetery and first notices the yellow roses on her father’s grave. This scene is the first conversation between sisters who’ve not known about each other until their father’s will brought them together the evening before–and they’d been barely civil.

When Courting Miss Cartwright was published within the Western Historical Romance anthology, Cowboys & Calico, I didn’t include the “Dear Reader” letter, but it appears in the newly available stand-alone title (Courting Miss Cartwright). I share the brief note inside this article, in case you read the anthology, because I’d love to share a bit about why the Yiddish words and phrases, more about the quotes at the beginning of chapters, and how this title connects to two of my series.

Courting Miss Cartwright, previously released in the Amazon bestselling sweet western historical romance anthology Cowboys & Calico, released TODAY as a stand-alone kindle edition and paperback. The kindle edition is reduced by 66% for just a few more days, and the autographed paperback edition is 45% off on KristinHolt.com for TWO DAYS only! Don’t miss this affordable gift-giving opportunity!