A multinational celebration of the German culture

The Oktoberfest is a two-week festival held each year in Munich, Germany during late September and early October. It is attended by six million people each year and has inspired numerous similar events using the name Oktoberfest in Germany and around the world, many of which were founded by German immigrants or their descendants. [source]

The sixteen-day festival of parades, music, food, and folkloric dancing begins on the third Saturday of September each year. The 2016 holiday begins today, September 17, 2016.

Oktoberfest (German pronunciation: [É”kËˆtoËbÉËŒfÉ›st]) is the world’s largest Volksfest (beer festival and travelling funfair). Held annually in Munich, Bavaria, Germany, it is a 16-day folk festival running from mid or late September to the first weekend in October, with more than 6 million people from around the world attending the event every year. Locally, it is often called the Wiesn, after the colloquial name for the fairgrounds (Theresienwiese). The Oktoberfest is an important part of Bavarian culture, having been held since 1810. Other cities across the world also hold Oktoberfest celebrations that are modelled after the original Munich event. [sic] [source]

GERMAN IMMIGRANTS BROUGHT THE FESTIVAL WITH THEM

Wherever German Immigrants to the United States settled, the annual tradition of Oktoberfest was remembered fondly.

Some of these predominant “German-towns” began Oktoberfests which are still a large annual to-do presently.

One such example is Hermann, Missouri. Hermann was founded by German-Americans with goals of a “heart of German-America” where it could perpetuate traditional German culture and establish a self-supporting colony built around farming, commerce, and industry. The city holds a Maifest during the third weekend in May and an Oktoberfest the first four weekends in October. Hermann also calls itself the sausage-making capital of Missouri. [source]

According to the rules of Oktoberfest, the beer must be from one of Munich’s six breweries–Paulaner, Spaten, Hacker-Pschorr, Augustiner, Hofbräu and Löwenbräu. The beer must also follow the Reinheitsgebot. This “purity law” was enacted back in 1516 to control beer quality standards, and stipulates rules such as the recipe can only include barley, malt, yeast and hops. Brews contains up to 6 percent alcohol after being fermented and lagered for more than 3o days. At the festival, the beer is served in one-liter mugs full to the brim–Oktoberfest waiters and waitresses can be seen carrying trays with up to 10 mugs at a time! Talk about a balancing act.

Between 1650 and the Civil War, the market for beer did not change a great deal: both production and consumption remained essentially local affairs. Bottling was expensive, and beer did not travel well. Nearly all beer was stored in, and then served from, wooden kegs. While there were many small breweries, it was not uncommon for households to brew their own beer. In fact, several of America’s founding fathers brewed their own beer, including George Washington and Thomas Jefferson. [source]

George Washington was a devout beer lover. In particular, he was fond of the dark, English-style brew known as porter, and always demanded that an ample supply of it be kept on hand at Mount Vernon, his Virginia estate. However, it was not porter, but rather “small beer,” for which Washington once recorded an early recipe. Preserved in the manuscript collections of the New York Public Library is a notebook kept by Washington, which includes the following hand-written recipe.

“To Make Small Beer
.
Take a large Siffer [Sifter] full of Bran Hops to your Taste. — Boil these 3 hours then strain out 30 Gall[ons] into a cooler put in 3 Gall[ons] Molasses while the Beer is Scalding hot or rather draw the Melasses into the cooler & St[r]ain the Beer on it while boiling Hot. let this stand till it is little more than Blood warm then put in a quart of Yea[s]t if the Weather is very Cold cover it over with a Blank[et] & let it Work in the Cooler 24 hours then put it into the Cask — leave the bung open till it is almost don[e] Working — Bottle it that day Week it was Brewed.” [sic]

BEER WAS A PART OF EVERYDAY LIFE…FOR EVERYONE!

In an era before water sanitation, water cleanliness was often a crap-shoot. Might be fit for drinking…and might be deadly–after making a body violently ill (and perhaps wishing for death). Prior to adequate water sanitation, the main beverages were ale, beer, wine, and tea, all of which ensured the water source had been adequately sanitized through boiling or alcohol content.

Steam beer, the first uniquely American beer style, evolved in the San Francisco area during the 19th century. It was born out of the desire to produce lager beer without the use of refrigeration.

D.G. Yuengling & Son …is the oldest operating brewing company in the United States, having been established in 1829 by David Yuengling, and is one of the largest breweries by volume in the country… and… currently the largest American-owned brewery.

One of the earliest large-scale brewers was Best Brewing, a Milwaukee brewery built by German immigrant Phillip Best in the 1840s. It began shipping its beer to Chicago and St. Louis the following decade, first by ferry and eventually by rail, establishing an early trans-market beer brand in the United States. Other successful breweries of the era begun by German immigrants in Milwaukee included the Valentin Blatz Brewing Company, Joseph Schlitz Brewing Company, and the Miller Brewing Company, owned Frederick Miller, who took on the brewery which had originally been owned by Phillip Best’s brother, Carl.

The Weston Brewing Company was first established in 1842 by German immigrant John Georgian. Georgian brought the tradition of lager brewing with him when he settled in Weston. The brewery was designed to utilize ice from the river during winter and lagering cellars dug deep into the ground to create ideal conditions for his beer which needed to be stored below 60 degrees for more than six weeks. In creating the brewery, the Weston Brewing Company became one of the first lager breweries in the United States.

In St. Louis, a prosperous German soap maker, Eberhard Anheuser, purchased a struggling brewery in 1860. His daughter married a brewery supplier, Adolphus Busch, who took over the company after his father-in-law’s death, and renamed it Anheuser-Busch. Busch soon toured Europe, discovering the success of Bohemian lager, and introduced Budweiser beer (named after a beer brewed in the town of Budweis in Bohemia) in 1876. Anheuser-Busch, and its Budweiser beer, would go on to be the largest brewery and beer brand in the world. The company innovated the use of refrigeration in rail cars to transport its beers, which helped make bottled Budweiser the first national beer brand in the United States.

~ Beer in the United States, Wikipedia

Oktoberfest, which started in 1810, originally took place in October, but as it grew and was prolonged, it was moved earlier in the season, which allowed for better weather and a more enjoyable time for festival-goers. Even though most of the current-day festival takes place in September, the last weekend is usually in October, but the name remains the same no matter what month it’s in.

~ Bustle.com: What Is Oktoberfest? 6 Things You Didn’t Know About This Traditional German Festival 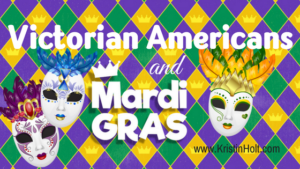