American nineteenth century bakeries offered Angel (Angel’s, Angels’) Food Cake, by this name, as early as 1878 in Illinois and 1879 in Tennessee.

Keith’s Star Bakery, at the corner of Second and Market Streets in Alton, Illinois, offers “Angels’ Food Cake” (among other offerings) for sale. Published in Alton Evening Telegraph on December 13, 1878.

Angel food cake is a white sponge cake made with only stiffly beaten egg whites (yolks would make it yellow and inhibit the stiffening of the whites) and no butter. The first recipe in a cookbook for a white sponge cake is in Lettice Bryan’s The Kentucky Housewife of 1839. Since there is no butter in the cake, the angel food cake is not related to the butter cakes: snow-drift cake, silver cake or lady cake. (emphasis added)

“Angel’s Food”, as referenced, above, as the (supposedly) FIRST Angel’s Food Cake recipe in print. Published in The Home Messenger Book of Tested Recipes, Second Edition, by Isabella Stewart, 1878.

ISABELLA’S ‘SNOW CAKE’ IS ANOTHER VERSION OF ANGEL’S FOOD

Snow Cake, published in The Home Messenger Book of Tested Recipes, Second Edition, by Isabella Stewart, 1878. Note that the ingredients and ratio are identical to “Angel Food Cake”.

I don’t know if the 1877 (Edition 1) of Jessup Whitehead’s The American Pastry Cook contained the Angel Food Cake Recipe, or whether it appeared only in time for the 1894 edition … OR if the assertion on Wikipedia’s Angel Food Cake page, that Isabella Stewart’s recipe in The Home Messenger Book of Tested Recipes, was first.

More To The Story: The History of Angel Food Cake

Jessup Whitehead’s The American Pastry Cook was entered into the office of the Librarian of Congress, first in 1877; but whether that edition contained the Angel Food Cake Recipe, or not, is something I cannot determine (from online resources).

The American Pastry Cook, Seventh Edition Title Page. A Book of perfected Receipts, for making all sorts of articles required of the Hotel Pastry Cook, Baker and Confectioner, especially adapted for Hotel and Steamboat use, and for Cafes and Fine Bakeries. By Jessup Whitehead. Published in Chicago by Jessup Whitehead & Co., Publishers. 1894. (Note: Editions 1 through 6 were published in preceding years, as early as 1877).

The Story of Angel Food Cake, as told in Jessup Whitehead’s 1894 publication: The American Pastry Cook. Part 1 of 2.

The Story of Angel Food Cake, as told in Jessup Whitehead’s 1894 publication: The American Pastry Cook. Part 2 of 2.

Did you notice Jessup’s comment about “…caterers say this cake has been more trouble to them than anything else, and leads to to the use of special molds to bake it in is the tendency to fall in at the centre [sic] after baking. The mold not being greased holds the cake up to its shape until cold.”

Note: This scanned copy of Archive.org’s The Boston Cooking School Cookbook appears to be the 1896 edition.

Two more mentions of angel cake pans on page 418 of The Boston Cooking School’s Cook Book, including an Angel Cake Recipe from 1896.

Interesting, I think, that the pan with the conical center (as is still used today, with modifications), was patented in the United States on February 11, 1902 (application filed March 19, 1901). Pans with conical centers were available well before this date (given Jessup’s publication in 1894) (and images of cake pans for sale in advertisements), until, at last, patent #692,919 was obtained from the United States Patent Office. I may be a self-learned historian, but I believe the elements patented in this cake mold (mould) are the second (false) bottom and perhaps a larger conical center ring.

United States Patent No. 629,919, Issued on February 11, 1902, to E.E. and A.M. Schaumloeffel, for a Cake Pan with central ring and a false bottom that sits upon the permanent bottom, negating the need for waxed paper (see Patent, page 2). Interested in the entire PDF of this patent image? Click HERE.

Mrs. W’s Snow Cake–the only difference between this cake and Angel’s Food is the name! Published in Our New Cook Book and Household Receipts, 1883.

This is the 1894 version that might have been published as early as the first edition, 1877, as mentioned above.

1908 ANGEL FOOD (and MOCK ANGEL FOOD, for when eggs are hard to come by)

Angel Food and Mock Angel Cake (perhaps for times when eggs are hard to come by). Published in The West Bend Cookbook, 1908. 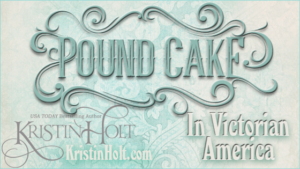